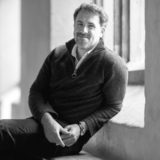 Tim runs the show at Long White Digital, supported by a team of talented designers and developers.

Tim has been leading a double life for around 15 years. Having graduated from university with a music degree but no ambition to work in music full time, he retrained in web (still rather a new and alternative career choice in 2001) and got his first job temping as an “Internet Officer” — whatever that is, he’s still not quite sure — at the NHS. This was a very happy development, which led to two other jobs in public and charity sectors (one for Futurelab, the education researcher and one for Enable Interactive a digital agency specialising in charities).

Long White Digital was born out of those fulfilling experiences and the desire that, if Tim was going to push pixels around a screen for a living, he wanted to do it for good causes. With the digital work fully established Tim resumed some professional music making in 2011, notably as a conductor of choirs, and in 2014 founded The Epiphoni Consort.